In the Leweb historical scorecard that I assembled below, it looks like the mix of this year’s edition has been the best so far. I just missed the first “Les blogs” in this series of events but it was rather small with only a few hundred attendees. And I don’t necessary recollect well the best “TED moments” from the 2007 and before editions. The number of attendees is an estimate. If it’s wrong, I will correct it.

We can all thank Loic and Géraldine Lemeur to have created over the last six years the best franchise for a web dedicated event based in Europe. It’s both a place whe 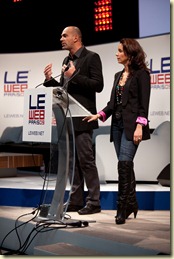 re american leaders of the industry meet and talk, and one where European entrepreneurs can learn from them, network and also showcase their own companies. This is the contradiction from Loic Lemeur: established in the Silicon Valley for pragmatic reasons, but still willing to help those startups who stay in Europe and want their tickets to broader worldwide markets.

Besides the above criterias, there were other nice things with Leweb this year:

Areas for improvement still exist, such as: 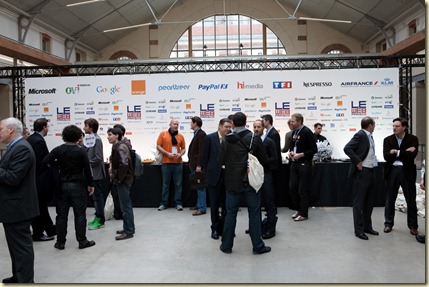 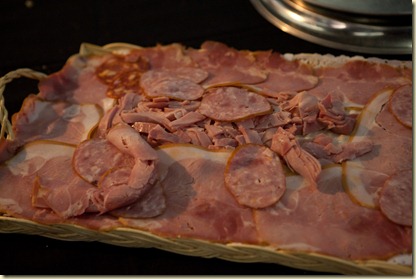 This year’s theme of Leweb was the “Real Time Web”. Last year, it was “Love”. Overall, the various talks sticked rather well with the theme. At least more than previous years.

While you may not like this time compression where “real time becomes prime time”, and Internet users get used to have everything right here right now, it’s clearly a broad phenomenon that deserves some analysis and thinking. Blogging time has shifted over the last three years to Twitter and Facebook time. As a result, less content is produced and more connections are established between people. We also know that while UGC is a powerful driver of the web content’s creation, it’s still concentrated on a minority of active users.

The real time web is just beginning when you look at all the innovations coming in the mobile space with tools like the hyped FourSquare. There are however some paradoxes: with TV, content consumption is less real-time with PVRs (personal video recorders), catch-up and VOD (video on demand). Only significant events (sports, concerts, news, some reality TV) are still watched live. We probably need some balance here!