With the Traveling Geeks @ Pearltrees

This guy is running the Internet startup buzz playboo 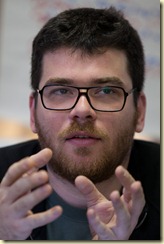 k like perfect, at least for a French startup: he did a tour in the Silicon Valley visiting local influencers and bloggers, sponsored the Traveling Geeks and Leweb, talking at Leweb in plenary session (twice…), creating plug-ins, buttons, that can be placed everywhere on social sites, his site is in English, and so on. As a result, he got heck of a good visibility. And we were very kindly welcomed in the company which looks like an US startup: lots of coffee and… US sized patisserie.

The company raised $3m of funding (2m€) out of business angels and family offices. Patrice, though, is not disclosing the sources of his funding. Too bad.

So, Pearltree wants to “curate the web” on a graphical basis. It enables its users to connect sites, people, ideas in 2D dynamic maps that you can browse in and out. (Some) people like to do this, like those using bookmarking services like Del-ici-ous. With Pearltrees, you can get in touch with people by interest, pick their preferred content and connect it with yours. Kind of a visually enriched and collaborative based tagging system. The tool can import data from delicious and export it in the semantic web RDF format. It can be used in such semantic web services as Twine and OpenCalais. While the company has not yet any patents or IP, its software is using very complex algorithms and mathematics to manage the graphical tool. 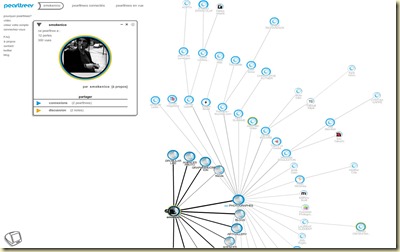 The site was launched in beta form at Leweb. Patrice Lamothe came twice on stage, first to present his concept and second, afterwards, to present a Leweb pearltree to illustrate the concept. It has lots of women users, in the US and France. It got from zero to 3K US users in just two weeks thanks to blog originated buzz. But all startups start like this. What about crossing the chasm afterwards? 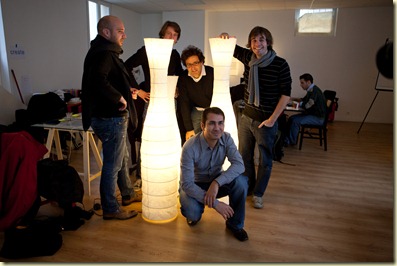 I’m rather skeptic of the outlook for such a tool. There have been so many unsuccessfull tries to create visual tools to organize information, provide search engines results and so on. Will this kind of solution scale well when as information gets complex? Text handling usually works better like with search engines. I don’t think the mass of users will switch from text based search to this sort of tool to find information.

So, like many such services, it may not appeal to the broad Internet users audience by may be useful for some elite users (French example here), maybe in some specific business situations such as in techno-screening, opinion assessments, marketing and PR. Such a solution should be a fix to some clearly identified problem. Not just nice and fancy visualization and navigation.

Also, the founder said he will think later about building a business model. While it sometimes works, like in the case of Google, it’s also why many startups fail and close. So, watch-out Patrice, and start to seriously think about your business model and link it with specific customer segments and pain points.