With the Traveling Geeks @ Orange

This is the last part of my report of the Traveling Geeks tour in Paris before Leweb.

We met with Orange to have a glimpse of all the solutions they provide to their consumer customers: IPTV, mobile solutions, web solutions, tablets, etc. It took place in the Orange Lab situated at Chatillon, in the southern Paris suburb.

We were quite well welcomed by marketing, communication and product folks in their showroom, including Stéphanie Hospital (Marketing and Bizdev VP in the Audience and Advertizing Division, in between the geekettes below) and Eric Barilland (Electronic Medias Directors). 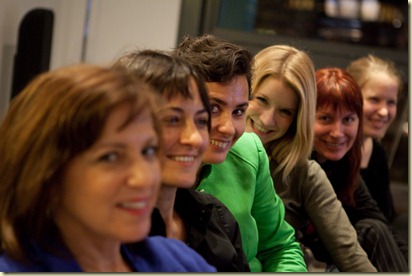 Telecom companies, particularly those offering triple-play solutions to their consumers, are willing to offer as integrated solutions as possible. Orange is not an exception and is favoring vertical integration of its solutions, while still working on developing an ecosystem of third party solutions. What’s interesting is they don’t mention the startups they use to source most of their services, whether software or hardware. They prefer to mention strategic partnerships with powerhouses like Cisco, Microsoft, Facebook or Intel. It’s even quite difficult to identify what’s insourced and outsourced in these various solutions. Although Orange (aka France Telecom) has put in place an “open innovation” process, it doesn’t show up enough in the way they communicate about it.

They structure their marketing in quarterly “collections” gathering all new hardware, software and web services. Many of these are now introduced in a fast-track process branded “TTM” for “Time To Market”. The latest collection, for November 2009, is describe here. It’s a good way to structure their messages and sequence media solicitations, but they still have such a broad offering that you can easily get lost.

So, what did we see in the Orange Lab showroom? 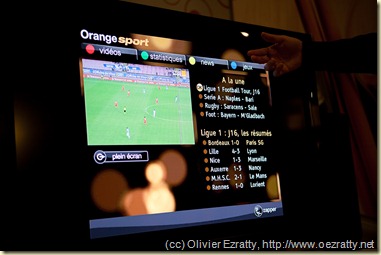 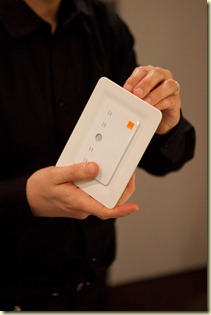 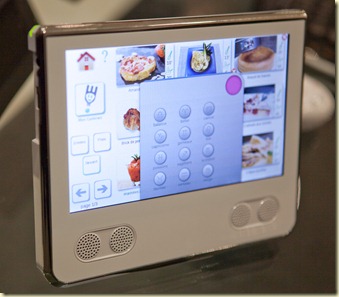 They also showcase a small Hi-Fi Decoder, used to stream music in any room, for 69€. It’s not linked to a particular service. You connect it to your amplifier and control it with a flat remote.

Orange chose a while ago to run its own consumer web services. I still wonder how they could succeed with these besides a couple exceptions. They launched Pikeo for pictures sharing but it hardly competes, even in France, with Flickr or Picasa. Many of these web sites are telco neutral, meaning anybody can use it and not just consumers with a Livebox. How can a vertically integrated player become significant as a horizontal player? No idea.

They presented a couple new web sites recently launched or currently in beta:

The Orange team also presented “On”, their new mobile social network hub. It’s available free of charge to all mobiles regardless of the carrier. Support starts with Android and will come to iPhone, Blackberries and others. It enables the mobile user to get their status and how to best contact his/her friends and send emails, SMS, voice messages, messages in social networks.

They mentioned a wealth of other services, some being specific to other countries where Orange operates:  a partnership with wikipedia to enrich content sites (in Poland) including ads sharing (quite new for Wikipedia), a Twitter deal in the UK.

At last, let’s mention the formal launch of AppShop at Leweb. The Orange approach is without any surprise. All mobile platform are supported besides the iPhone which has its own AppStore. Developers get their usual 70% share of revenues.

I should also mention that we had dinner with folks from Mobile Globe on Sunday evening. This startup provides a solution to make cheap calls with your mobile when calling abroad, wherever you come from.

The stay in Paris didn’t end with all these visits since we were together during Leweb. We went to parties, visited the Paris City Hall and had dinner. We shared views on Leweb, and I’ll cover that later.

The climax of these two days was Robert Scoble’s outing on those damn startups who didn’t have a Twitter account, but also a contact name in their web sites. And Eliane Fiolet who asked him to be nicer with the folks around the table. Robert explained in details why he went nut during that meeting. Most of these rules make a lot of sense but it may be slightly different when you sell “business to business” and don’t need a broad reach buzz.

Renee Blodgett makes a sound contribution in a comment for that post: there are many issues startups face and not just being or not on Twitter. There are many rules of the game that French startup don’t know, even within France, and there are many more when you want to sell in international markets. And not just in the USA. In Asia, cultural differences and business habits are different as well, and not the same as in the USA. You need to learn about it if you want to do business there. The French folks here should certainly better learn all these rules instead to trying to bent the rules, or to refuse it. Although extremely rude in its format, Scoble’s point has had some impact on the visited startup. They have learned the hard way stuff they should do. Some just created a Twitter account!

But many startups make mistakes, all over the world, and even in the US. To have a glimpse of these, just look at the KillerStartups site which presents five news startups each and every day, mostly from the USA!

Here are some other reports from the Traveling Geeks on the two days Paris tour before Leweb:

And again, as a reminder, my (nice) pictures from these three days on Picasa (Sunday dinner included) are in this blog’s galleries running the custom Photo-Folders plugin.

Now I’m done with the TGs, I can move forward and cover Leweb… 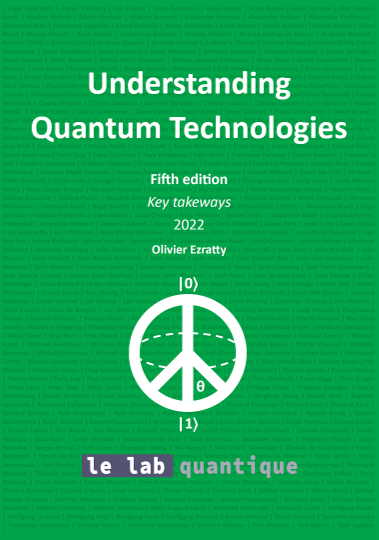